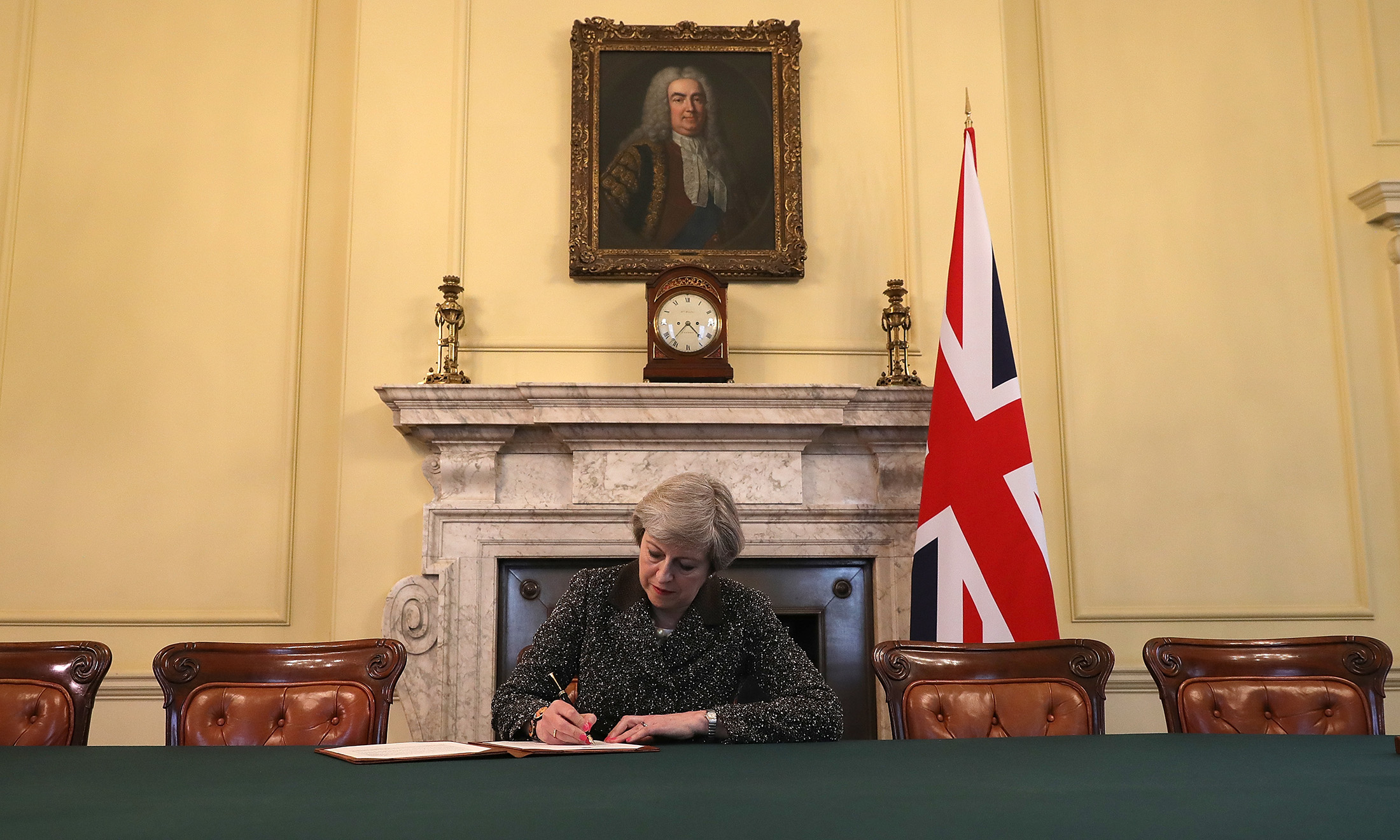 So, finally, nine full months after the British voting public confirmed their wish to leave the EU, the current Prime Minister is finally getting on with it.

Had her predecessor just got on with it after the vote then a lot of the delay wouldn’t have happened, the legal challenges, the wasted time, the doubt, the uncertainty and all the rest of the nonsense.

It does almost seem as if the powers-that-be have manipulated the whole situation to see how the UK would fair in the post-Brexit vote aftermath, and obviously having not really listened to the voting public, have finally engaged to, I say it again, get on with it.

Finally we have the opportunity to flourish; the UK economy isn’t floundering at all, and whilst there are some challenges with inflation and some of the hits to British pockets, on the whole it seems that things are headed in the right direction.

The financial centre hasn’t shut down, or even shown any signs of having any pressure applied. The rise of the right, and perhaps the popular vote marches on in Europe, having seen Holland come close, France is next to test just where the sentiment is of their population.

In ages gone past Empires fall, indeed, the British Empire itself, once the biggest the world had seen, was a trading group and came to an end when those within decided it didn’t work as it should.  Is this not what is happening within the EU right now?

I will keep saying the UK needs serious tax reform.  A levelling of its potential economic might will only be realised when HMRC is relegated to what they are ‘okay’ at, which is collecting revenue on goods and the general public for PAYE and so forth.

The set-up of a specialist, even outsourced, Corporate Tax Revenue department should be engaged to work out the best deal for the corporations as well as the United Kingdom in attracting them. A cancellation of death duties and a specific view on enabling deposits of vast wealth out of the shady corners of tax havens and in to the UK should also become a priority.

Let’s see some of the cash belonging to Apple at £200 billion, or Google’s and Microsoft’s £80 billion each find its way in to the UK tax free, and be deployed to help our great country’s infrastructure.

And what about confidence? Well, I have it and am ramping up my investments in the UK. Solidify our trade deals enjoy a lower valued sterling currency to attract investment further from financial and tech companies to use our strongest asset, our people.

Our security, safety, evolved legal system and modern infrastructure all counts for so much, so let’s use it and let’s share it, but on our terms. We don’t need more handouts, we do our part more than most in the outposts of the world supporting causes. Let’s take some time to focus on our home, and reap the benefits of special relationships, those from President Trump through to our Commonwealth brethren.

Oh, and Ms Sturgeon, please find an island all the way up and go there, we will happily let you enjoy independence. The United Kingdom needs to stay just that, united. Your timing and political grandstanding is conceited and ill-conceived, you are abandoning all sense and reason calling for a referendum at the moment. Scotland needs the rest of the UK, just as the UK needs Scotland and everything from the energy offering through to the legacy and heritage of our Great Britain.