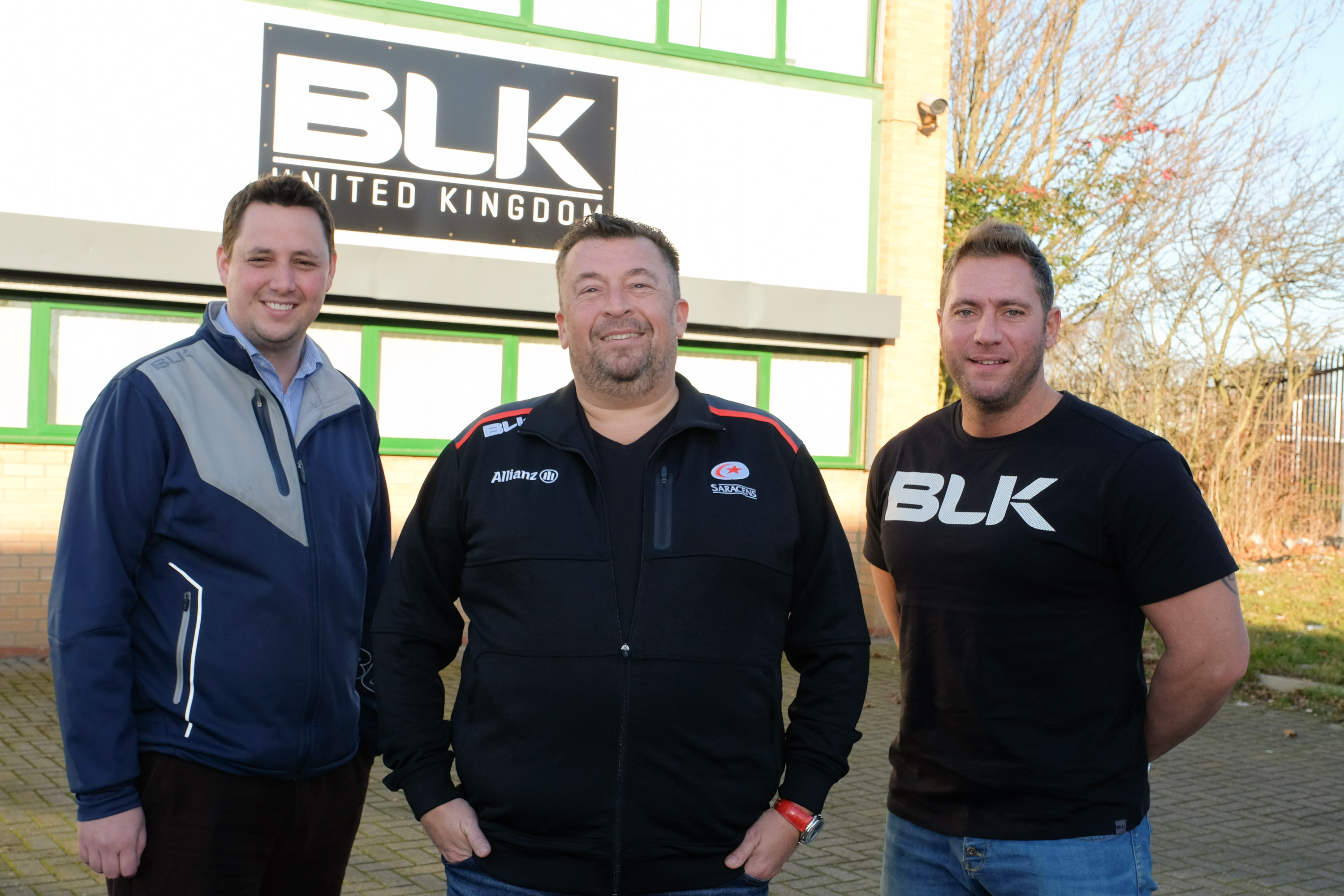 Serial entrepreneur Richard Upshall has completed a multi-million pound investment in BLK United Kingdom to develop the company’s position as one of Britain’s fastest-growing sportswear brands.

Richard’s investment will support BLK United Kingdom’s ambitions to expand into a wider range of sports and strengthen its retail and distribution capabilities.

It will also support its existing management team, which includes Chief Executive Ben Houchen, who recently announced his intention to run as the Conservative candidate for the position of Elected Mayor of Tees Valley. Richard and Ben have also worked together on a number of businesses in the past.

Currently, the North East England-based company has existing partnership relationships with Saracens, England Rugby League, Scotland Rugby League and England Netball. It was founded in the UK in 2016 after it acquired the UK licence from BLK Sports and operates out of a 15,000 sq ft warehouse in Stockton-on-Tees, employing 20 people.

This agreement marks the latest investment in UK business, and in particular North East business, by Richard Upshall. His global oilfield inspection business, OES, has its British headquarters in Stockton-on-Tees and the region is also home to the UK offices of a number of RU-branded companies including RU Listening and RU Consulting.

Richard also brings a wealth of experience to the business from the sportswear sector. He has been the Middle East licence holder for the BLK brand for two providing team apparel in the UAE for teams such as the International Cricket Club, Dubai Exiles Rugby and Dubai Hurricanes RFC as well as organisations such as the Dubai and Abu Dhabi Police Departments, Mars and Dermalogica.

The investment also coincides with the announcement that brand owner, BLK Sport, based in Australia, is no longer in administration and has strong growth ambitions to support its global network.

Richard Upshall said: “BLK United Kingdom has real potential to achieve significant growth and increased market share across the British sportswear sector. The company has made positive progress with its deals with professional rugby clubs and associations, which we will build upon by establishing a presence in a diverse range of sports.”

Ben Houchen said: “Richard’s investment and input into the development of BLK United Kingdom will provide a significant springboard for the business and our ambitions within the sportswear market. His knowledge of the brand, through his BLK Middle East operation, together with his excellent track record for establishing and investing in growing businesses are very welcome and will help deliver exciting prospects for the company and the North East region.”