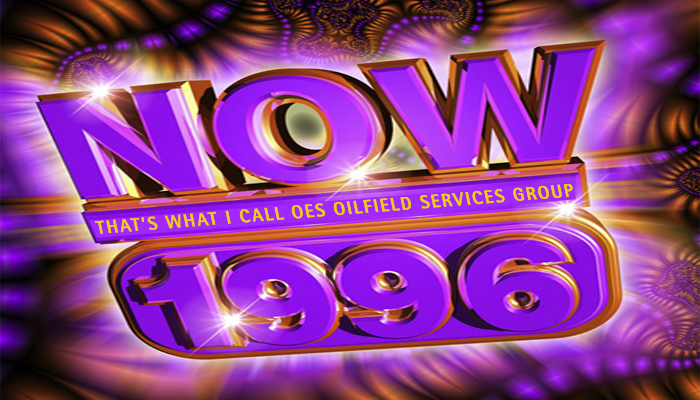 I have watched a few colleagues and friends talk about reflection this week, and so decided perhaps I should do a little myself.

In August 1996 I was working for a hydraulic engineering company, unhappy in every way at getting up every morning and working incredibly hard for a salary and a beach club membership. I asked for equity in the business I was working for as I had personally developed a new division that serviced the offshore drilling and construction industry and mused over further new ideas. I wanted to see some real future in it, only to be shot down by the owner of that company who denied that I would ever get equity in ‘his’ company.

So, with the backing of connections I went off and started OES Oilfield Services Group, initially as a minority shareholder, although Managing Partner, and then after a couple of years I took control of the business. There of course is a story there, perhaps for another time though.

As I’m reflecting I ponder headlines, most days I watch the news to see what’s going on in the world, those who follow me on social media will understand that there are some things I feel strongly about, and others I comment on.

Headlines around Taliban and war in Afghanistan, shooting massacres, celebrity divorces, latest health scares, bomb attacks on innocent civilians, huge sporting events and all the congratulations and disappointments that go with them, medical leaps forward, musical accolades for upcoming stars and Online startups…

We then leap forward to today, and I ponder how many things change, and yet stay the same…

ISIS make strategic gains in Syria, mass shooting after shooting in the USA, specifically and tragically the recent Oregon massacre, take your pic of celebrity divorces, Ebola has reared its head again causing concern, the horrific Terrorist attack in Turkey, medical break throughs with a decapitated child surgically repaired, the amazing Josh Daniel and his X Factor hit and of course all the talk about the soon to launch Online startup “Peeple” App where we can rate each other, potentially.

Over the last 19 years I have made and lost perhaps more friends than most. Being in business I have found myself regularly caught in the potential dilemma of providing opportunity, whilst obviously risking the very relationship that led to the opportunity by knowing me. This year has been no different to many others, with things not always going to plan and my international ‘fan club’ growing once again. Whilst I regret losing long standing relationships with people, I am also contemplative that of course when things don’t go right, it is important to have someone to blame. I’m both strong enough and mature enough to understand when that has to be me. Equally, if not more important is just how strong some of the other friendships and relationships are that I have made. I have a select few who have realised that the opportunity was mine to give, and theirs to take, and they have become like family. I smile when I look around the world, and whether they like it, or me for that matter, or not, so many have forged a successful career and life out of the opportunity that I have provided, I would not understate this as being in the hundreds now.

There are many compromises I make in the name of success, perhaps in the next 19 years I will do things differently. My mantra has always been “experience is what you get when you don’t get what you want” and this has been so very true through my life. I have lost more money than I have made, I have had more businesses fail than succeed and I have given away decades of my life to complete immersion in work with blatant disregard at times for health, wellbeing and even relationships as I say above.

Bill Hicks talked about life being a ‘ride’ just a ride. Mine has been just that, and I am still on it… currently it feels though more like Atlantis Dubai’s Lazy River than the historical punch of Ferrari World’s Formula Rossa. I still though reserve the right periodically to take a detour through the rapids, and some are more inclined than others to join me.

OES is facing what has become its most challenging year as the oil industry and especially the drilling aspect of it, is in its worst downturn since the 80’s. I have been through two previous downturns in the 1990’s and then late 2000’s, the difference of course this time is I have built OES up from the original 4 inspectors and I to the company with hundreds of colleagues spread across 5 continents. I have stayed true to keeping people in jobs wherever possible, and maintaining the standards as I can. It has resulted in reinvestment and some serious considerations, then again OES is my family, my child and as such it will all be worth it, and time will come right with the business and all those involved with it. The current tough market merely represents an opportunity. An opportunity to do what others are not, or cannot, an opportunity for improvement and reflection, and opportunity to be strong when other perhaps are not.

It remains only for me to thank all those from the likes of Glen Ashwell, Khan Raheem and Phil Dodds, there since the companies inception practically all the way through to the game changers like Enis Suleyman and Leon Dashwood who, relatively, are new to the business.

Along the way there have been many experiences, and I still would have to thank all those who have ever played a part as you have all made the company what it is today, and indeed played a part in making me the man I am today. Some like to love, some love to hate, all feedback is good though and I feel privileged to have had such an impact, and continue to on so many in whatever way.

I’ll conclude with a quote from Sean Connery in ‘The Rock’, a movie released back in 1996 when OES was born… “Losers always whine about their best; Winners go home and f**k the Prom queen!”